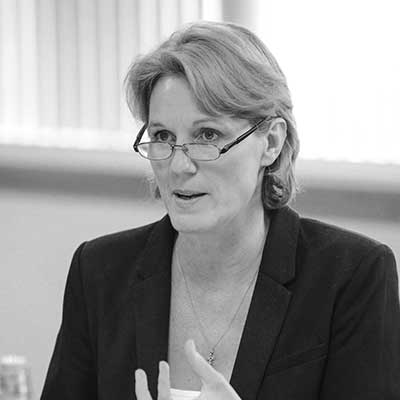 Awarded an OBE in the Queen's Birthday Honours for her services to enterprise, Louise has worked, for 33 years, at the most senior levels in both the private and public sectors. Louise began her career as a graduate management trainee in retail prior to moving into healthcare, working in education, professional sector and, indeed, has owned and run her own small business. She is also a Deputy Lieutenant representing Her Majesty’s Lord-Lieutenant of West Midlands and is currently a High Sheriff in Nomination for the West Midlands.

Louise was appointed as Chief Executive of Coventry and Warwickshire Chamber of Commerce in February 2003 which under her leadership is a multi-million pound turnover business offering value-add services to Members and commissioning and delivering enterprise and education support, providing employment for some 100 staff.

Louise has a strong and long standing interest in youth entrepreneurship and has led a Midlands Young Person's Centre of Expertise for Youth Enterprise.  The Coventry and Warwickshire Chamber of Commerce is proud to support 2000 Member companies, 1200 learners (through its education provision) and a wider client base of some 10,000 companies.

Louise is a 1st Class Honours Graduate in Business; is a qualified CIPD (human resource) Practitioner; and has a Masters in Business Administration.  She is also a qualified Counsellor / Psychotherapist Practitioner and has worked as a volunteer for the North Worcestershire Bereavement Service.

Having worked at both a regional and sub-regional level, Louise has a vast network of contacts and robust relationships with public and private sector colleagues across the West Midlands including Members of Parliament and Members of the European Parliament.   Louise remains proud and flattered to serve the community of Coventry and Warwickshire, not least in being part of superb public/private working all of which is rightly focused on the future successful growth, and wealth creation of the locality.

Married with two grown-up children, Louise fosters children; works closely with Foster Talk to promote ‘fostering communities’; and has a love of her horses and farmyard.